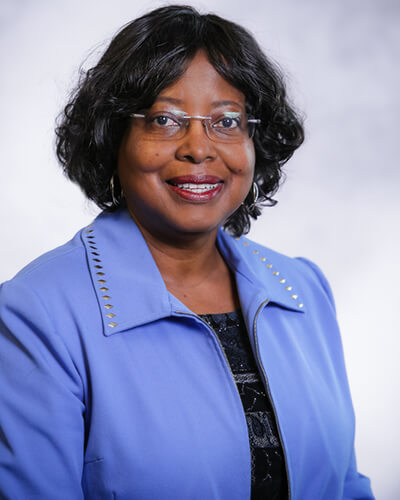 Dr. Davis-Williams has provided healthcare through her private practice, Greater Atlanta Women’s Healthcare, for 25 years. She is a native Georgian who understands that improving the health of women in our community directly impacts the health of our men and children.

Dr. Davis-Williams has received many citations and accolades. She is a member of the Academy of Women Achievers for the YWCA of Greater Atlanta. She is listed as one of the “Best Doctors in America” as a result of a national survey of physicians which honors about 5% of all doctors in the U.S.  She received the coveted award of Physician of the Year from the Atlanta Medical Association and has been cited as a notable woman in Georgia’s History: Pioneer in Health Care by the Secretary of the State of Georgia.

She has fulfilled several professional appointments as consultant and is active in herCommunity. She served as an elected delegate from the 4th Congressional District of Georgia to the Democratic National Convention in Charlotte 2012.  She is married with a son and daughter and enjoys traveling and spending quality time with family and friends.